A busy week awaits, it’s off to Purbeck with UFQ tonight then Folkeast with the trio and then off to Whitby both solo and with the legend Alistair Anderson. It should be fun! To bring you up to speed…

The Vaults gig was bloody fantastic. It was epic, emotional, lively, lovely and rocking all at once. It was a very fitting way to end the Oli era and there were more than a few tears at the end. Thanks to Oli for giving the pub such a wonderful six years and thanks to all those fantastic people who make the pub what it is. Time will tell what the future holds, but it’s been an amazing fifteen years.

Then it was off to Norway and a wonderful gig at Meland Jazzkafe in Frekhaug just outside Bergen. That was also a wonderful gig to a packed house and a sterling opening set from Gillian Gjelsvik and co. I am a big fan of Norway – it’s a beautiful country and it seems to me they prioritise a lot of the right things: the environment, education being good and appropriate (i.e. starting school later) and generally being nice to each other! They all seem to be considerably happier, healthier and richer than most of us! It is of course fiendishly expensive for a visitor but it was worth it!

Then I got back and straight off to Broadstairs Folk Week, one of the best festivals in the business and as ever it was bloody brilliant. It was great to get back out with the trio again and we had one of our finest gigs on the main stage. Ciaran and Nic are such exceptional musicians and great people and it really is wonderful to share the stage with them.

The last couple of weeks have seen the loss of two of the most amazing musicians albeit in very different fields. Irish music was my first love really and Tommy Peoples was the most exceptional fiddle player from the genre that I can think of and was a huge influence on me and my tune playing. He was one of those rare musicians who at times, unlike me, was not seemingly very animated but the music that he produced was so magical it was all part of his hypnotic appeal. His playing was unique and individual yet steeped in such strong tradition. A true giant of the field and much missed.

Then of course yesterday saw the passing of Aretha Franklin. Now spending much of my time with musicians, there are plenty of music videos that do the rounds and often there is disagreement about them. One person’s ‘you have got to see this’ is another person’s ‘yeah it’s alright I suppose’. But one video seems to unite just about everyone and it’s THAT performance that reduced Barack Obama to tears. Franklin had a truly unbelievable voice that pulled at you and made you take note of every single word she sang. And of course what she sang about often really mattered – the classic Respect being a prime example. In the pantheon of great singers she is right up there and when it comes to soul she really is untouchable.

For a bit of light hearted fun then, I always enjoy ‘lost in translation moments’. I’ve also always enjoyed bits of English mixed in among foreign language being spoken I don’t know why. I recall an interview with Roy Hodgson the football manager to a Norwegian company and he was speaking Norwegian when all of a sudden the words ‘christmas cake’ popped in! I also remember a German oral exam. I remember listening to all this German trying to pinpoint the odd word I actually knew when all of a sudden the words ‘London Philarmonic Orchestra mit Last Night of the Proms’ popped up. I almost got thrown out of my exam for laughing! But it’s hard to top this Norwegian restaurant’s English-language menu: 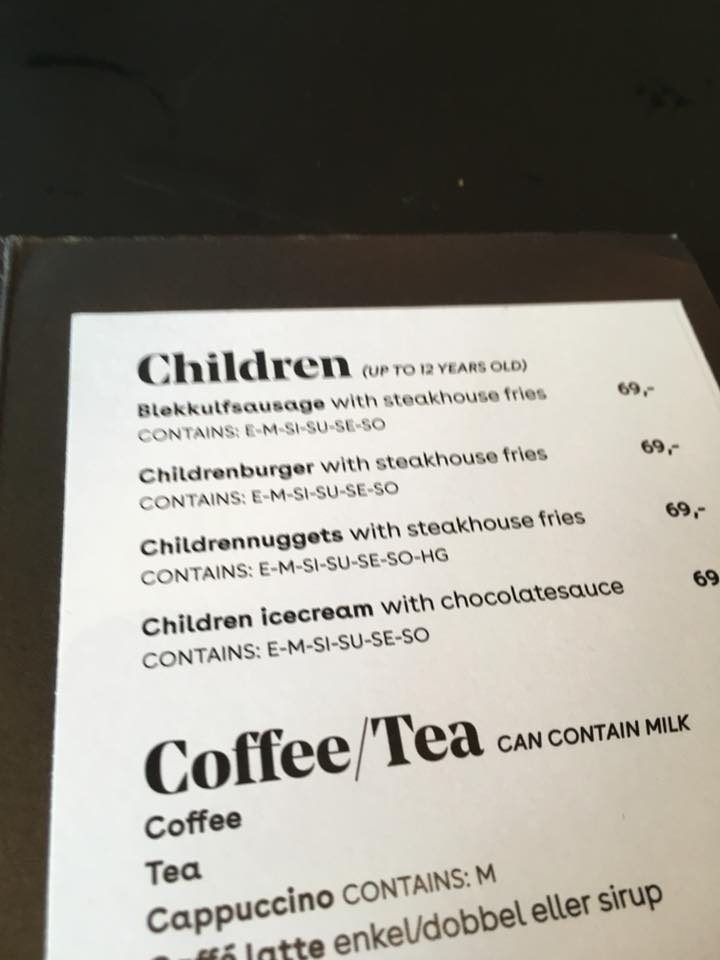